The Alabama Music Hall of Fame, located off Hwy 72 in Colbert County, on the outskirts of Tuscumbia is the hall of fame that honors Alabamians who have made major contributions to American music. Over the years, it has provided an educational experience in which thousands of tourists, historians, school children, and music fans have toured to learn of the many contributions Alabamians have made to music. These accomplishments are not limited to any particular genre, nor are only musicians honored. Alabamian performers, songwriters, managers, and publishers all receive due recognition for their contributions. The accomplishments of successful individuals from Alabama in the music industry are recognized by the Hall of Fame through inductions, exhibits illustrating those accomplishments, and a walk of fame that includes permanent bronze stars for all inductees.

Its location in the area known as The Shoals is no accident. Throughout the 1960s and 1970s, the neighboring town of Muscle Shoals became nationally famous for its two recording studios, FAME and the Muscle Shoals Sound Studios where artists such as Percy Sledge, Wilson Pickett, Aretha Franklin, The Rolling Stones, and Paul Simon recorded many of their hits. A unique “Muscle Shoals Sound” developed over these years which according to blues singer Clarence Carter was “a blend of country, gospel and R & B.” By the mid 70s, the Shoals was home to eight stuidios.

In the 1980s, the Muscle Shoals Music Association, a local professional organization of music professionals and the state legislature, under the leadership of state Sen. Bobby Denton, formed the Alabama Music Hall of Fame Board with a mandate to honor Alabama’s famous music achievers and to construct a venue in which to display the accomplishments of these talented individuals. In 1987, citizens of Alabama passed a state-wide referendum which authorized the construction of Phase One of the construction of a 12,500-square foot exhibit facility. More than 35,000 music enthusiasts attended the Alabama Music Hall of Fame's Grand Opening in 1990 which included performances by some of the state's most talented musicians. 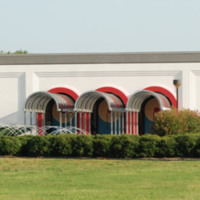 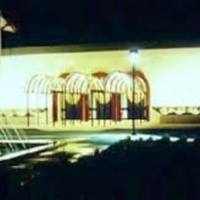