This building was built in 1833. It was originally known as "The Railroad Hotel." and later as "The Major Pope Railroad Hotel." The word railroad was added because the hotel became a popular resting place for rail travelers even before the Civil War.

The soda fountain was established in 1906 and appeared much the same as it does today. Early in the 20th century, it became a favorite meeting spot for Deshler High School students and was even owned at one point by Tuscumbia's own David Deshler.

Harvey Robbins frequented the location with fellow Deshler students in the 1950s and it is where he also met his future wife, Joyce McKinney. In later years, dismayed at the idleness and dilapidation of their former hang-out spot, they purchased the store and remodeling began in 2000. It opened for business in 2001, restored to its former 1950s look and offering the same fast food, shakes, and ice cream sodas that were served there in decades past. 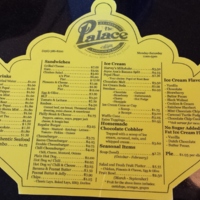 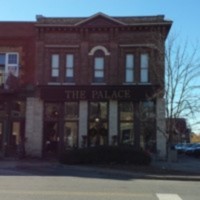 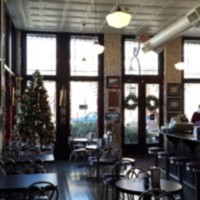