Originally built as the Auburn Masonic Female College chapel in 1846, the building that became known as Langdon Hall stood on the corner of Gay and Magnolia Street near the current site of Auburn Bank. As the oldest building in Auburn, it served as the political nerve center of eastern Alabama for most of the 19th century. Boasting the largest auditorium in eastern Alabama, it was the scene of countless lectures and political debates leading up to the American Civil War. In 1860, it was the site of a major debate on secession between future Confederate Vice-President Alexander Stephens, future Confederate Secretary of State Robert Toombs, anti-secessionist William G. "Parson" Brownlow, and fiery orator and politician William Lowndes Yancey.

In July 1864, as Major General William T. Sherman's army bore down upon Atlanta, soldiers wounded in its defense were evacuated to surrounding communities. A contingent of soldiers from Texas were moved to the city of Auburn and housed in Langdon Hall, the Chapel, and Old Main Hall, which were converted into makeshift hospitals. After the war, Auburn's annual Confederate Memorial Day celebration typically began at Langdon Hall before eventually terminating at Pine Hill Cemetery. In 1883, it was moved from its original location to its present spot on Auburn University's campus where it has been used as classroom space ever since. Just six years later, it was renamed Langdon Hall after prominent Alabama politician, war veteran, and Auburn trustee Charles Langdon. 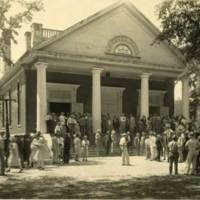 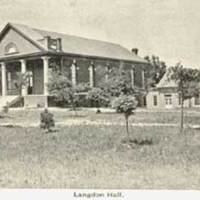 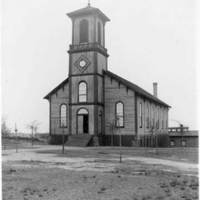