The modest exterior of the one-story concrete structure at 3614 North Jackson Highway stands in deceptively stark contrast to the majesty of the music produced therein. The building once housed the legendary Muscle Shoals Sound Studio, where some of the most influential popular music of the 20th century was recorded and produced. Between 1969 and 1978, the studio and its versatile Muscle Shoals Rhythm Section, affectionately known as "the Swampers," turned out "over 50 gold and platinum hits and hundreds of albums for pop, rock, blues, funk, soul, reggae, and even country music superstars," and in the process made the Shoals area famous the world over.

Having played on some of the biggest pop, rock and soul hits of the 1960s as the house band for Rick Hall's FAME Studios in Muscle Shoals, the four-man MSRS struck out on their own in 1969 and, with the financial backing of Atlantic Records president Jerry Wexler, opened their own studio in the neighboring town of Sheffield. After an inauspicious start, a number-one single recorded with R.B. Greaves ("Take a Letter Maria") and a visit from the Rolling Stones (immortalized in the documentary film Gimme Shelter) inaugurated the studio's decade-long gold and platinum winning streak.

The Muscle Shoals Sound Studio was added to the National Register of Historic Places in 2006. 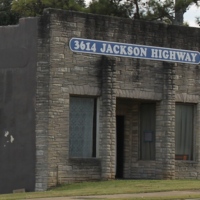 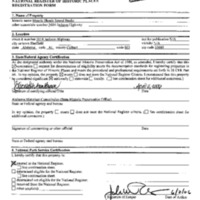