On July 10, 1864, Major General William T. Sherman ordered Major General Lovell Harrison Rousseau to depart from Decatur, Alabama with approximately 2,500 men. Their goal was to sever the Montgomery and West Point railroads - a vital link for funneling supplies from central Alabama to Confederate Major General Joe Johnston's overwhelmed and outnumbered forces in Atlanta. Along the way, Rousseau's men were to destroy every scrap of government supplies or materials that could be used to aid the Confederate defense of Atlanta.

Local slaves in the Auburn/Opelika area funneled information to Rousseau and his men about the area's weak defenses. In Auburn, only a handful of patients at the Texas Hospital were able to offer even token resistance. As Rousseau and his cavalry rumbled through the streets of Auburn and then Opelika, they burned warehouses, burned train depots, the post office, and disabled the local rolling stocks. Union soldiers returned once again on April 15, 1865, this time under the command of Major General James H. Wilson. They swept through Auburn, Opelika, and Phenix City, before finally making their way across the 14th Street Bridge into their intended target, the massive industrial city of Columbus, Georgia. 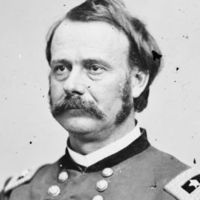 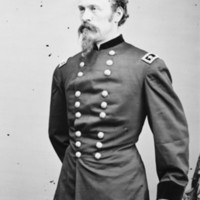