George Lindsey was born on December 17, 1928 in Fairfield, Alabama, and grew up in Jasper, Alabama. Lindsey became interested in acting after watching a play when he was fourteen. He later became interested in football and the sport gave him a way to fund his education. Lindsey briefly attended Walker Junior College in Jasper, Alabama and Kemper Military School in Boonville, Missouri, before attending Florence State Teachers College (now the University of North Alabama) on a football scholarship. Lindsey majored in biological science and physical education. He received his degree in 1952.
Following his graduation from UNA, George joined the Air Force. He was based in Orlando, Florida, and worked as a recreational director while spending his spare time working in theater. Lindsey next worked at Hazel Green High School in Alabama. After a year of teaching, George decided to move to New York to pursue further education in acting.
Lindsey’s first career breaks came with theater and his part in two plays: All American and Wonderful Town. After the plays ended he managed to land small roles on shows such as The Rifleman. Lindsey was most famous for a part of Goober that he landed on the Andy Griffith Show. He later played Goober on Mayberry R.F.D. and Hee Haw as well.
UNA awarded Lindsey an honorary doctor of humane letters degree in 1992. Lindsey was instrumental in founding the George Lindsey/UNA Television and Film Festival in 1998. Lindsey attended the festival for several years before his death on May 6, 2012. He is buried in Oak Hill Cemetery in Jasper, Alabama. 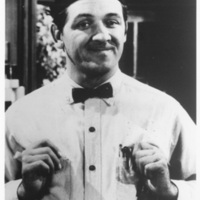 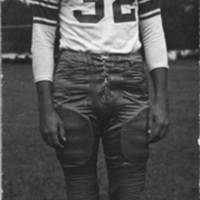