The Old Confederate fort in Florence was constructed by Confederate forces under General Daniel Ruggles in 1862. General Ruggles was born in Massachusetts and graduated from West Point married into a wealthy Virginia family. After the fall of Fort Henry which guarded the Tennessee River from Union forces on the Mississippi River, General Ruggles was placed in charge of the defense of Florence.
Control of the fort was vital for either side to cross the river at the shoals. Confederate General Philip Dale Roddey, “Defender of North Alabama,” used the fort as his base in early 1863. During this period, General Roddey used the Port of Florence to repair boats for the Confederate river boats, including the raising of the Dunbar.
General Nathan B. Forrest ordered an artillery battery at the fort in the spring of 1863. The battery was commanded by Colonel George Gibbs Dribrell. In last April of 1863, Union General Grenville M. Dodge took Tuscumbia and moved toward the river. Colonel Dribrell’s artillery fire from the fort persuaded the union general to withdraw back to Tuscumbia.
The last action at the fort occurred in 1864 as General Hood’s forces were retreating from the battle of Nashville. Union gunboats shelled the fort on their way to try and stop Hood’s army from crossing the Tennessee at Bainbridge. Presently, the Florence Coliseum occupies the former location of the fort. 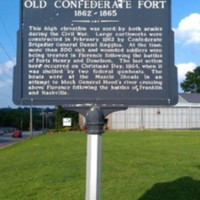 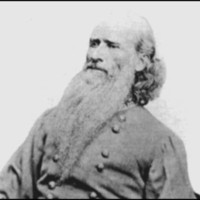 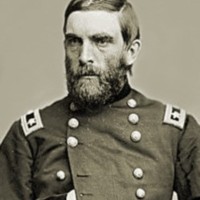