A short letter from Young to his mother discussing the death of a “brother cadet” at the Georgia Military Institute. Young comments on the cause of death, which was pneumonia, and how symptoms such as pleurisy induced a very painful death. Young also expresses sadness toward the fact that no family members of the dead cadet were present before his death and that few are aware of his death. Young calls on God to have mercy on his soul despite the fact that he is not a Christian. 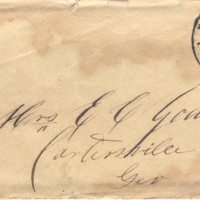 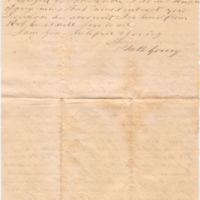