Funds for its purchase in 1990 were provided by Mr. David Brubaker. Brubaker purchased what was then Irvine place for $375,000. At a ceremony on December 7, 1990 Brubaker donated the house to the University of North Alabama under the new name, Coby Hall, in honor of his late wife, Coby Stockard Brubaker. After many years of heavy use and lack of maintenance funding, Coby Hall had fallen into disrepair. Dissatisfied with the condition of the house, Brubaker donated a sum of money for repairs which sparked a “Campaign for Coby” which set out to raise money for more repairs. At the end of the campaign enough money had been raised for a total rehabilitation. Many repairs took place at this time but the most significant were the addition of a full copper roof, gutters, charger, and downspouts. The same was done for the carriage house. The result was a fully restored Coby Hall, which now houses the University of North Alabama Office of Admissions.

There is a historic marker is located on Court, Florence, Alabama.

The text on the marker reads: "Built by John Simpson in 1843, on the site of his earlier home, this residence was occupied at various times by both armies during the Civil War. Purchased in 1867 by George W. Foster, builder of Courtview, for his daughter, Virginia, and her husband, James B. Irvine. Their daughter, Virginia, left the home to her great-niece Harriett Rogers King in 1939. Mrs. King and her husband, Madding restored Irvine Place in 1948. Acquired in 1990 by David Brubaker, and donated to the University of North Alabama in memory of his wife, Coby Stockard Brubaker. Listed: National Register of Historical Places."

David Brubaker, in presenting his gift to the University of North Alabama, stated:
"Coby Stockard Brubaker was a giver, a lady who lived her life the same way she faced her death- with humor, honesty, courage, and the devout conviction that her experience was part of God’s plan. I wanted an omnipresent reminder to her family and the community of the love I have for Coby. The building will be a living memorial where our son, Jay, can always come and experience the warmth of the community, which his mother loved so much. I want him to remember that a big part of his heart is in Florence, Alabama.” (Howard 50-60). 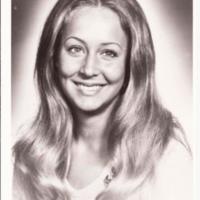 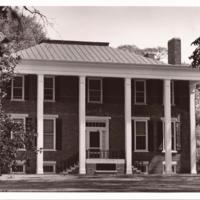 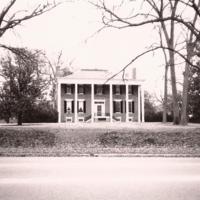 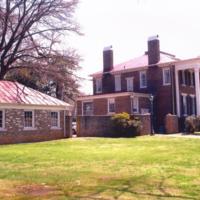 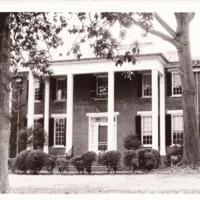