The Florence Indian Mound Museum is located at the foot of the Florence Indian Mound. The Florence Mound was built by early Native Americans and dates back to the Woodland period. The museum has display cases that house arrowheads, spearheads, Native American pottery, and implements made from bones, shells, and rocks. The museum does not focus on the Florence Indian Mound, but features displays from different eras, tribes, and locations that are not related to the Florence site. There are enough labels and interpretive exhibits to allow a visitor to understand the meaning of the objects on display, even without a detailed tour. A video that is less than 10 minutes long is available for visitors to watch. It briefly covers Native American History, but really does not mention the Florence Indian Mound with any significance.
The first exhibit in the museum is entitled “The New Americans Migrated from the Old World” and explains how this is thought to have been done. The second is entitled “Paleo Indian Nomadic Hunters: More than 10,000 Years Ago.” Continuing down the line you find the “Transition of Paleo-Archaic Hunters to Gatherers: 7,000 to 10,000 years ago,” “Woodland People The First Farmers: 1,100 to 4,000 years ago,” “Mississippian People: Temple Mound Builders 500-1,000 years ago,” “Historic Indians,” and “Trail of Tears.” After walking back to the other side of the room, a visitor is able to learn about the “Stanfield-Worley Bluff Shelter: One of the World’s Archaeology Greats.” This side of the room offers a look at Native American tools, Spanish trade goods, pottery, and the use of effigies in Native American culture.
Industrialization has encroached on the mound site a great deal. Almost touching the drive that circles around the mound is a Co-Op store and related buildings. The railroad runs near the opposite side of the mound, where the Port of Florence is in close proximity.
The above article was written in 2015, and tells the story of the first museum that was located at the Florence Indian Mound. Shortly after this article was completed, the old museum building was demolished. A new museum was completed in early 2017.

A Visit to the Florence Indian Mound Museum 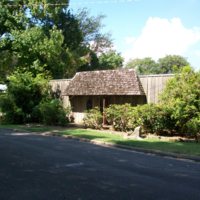 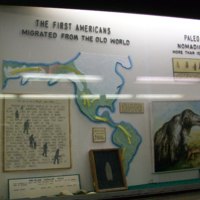 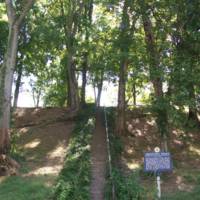 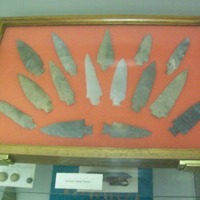 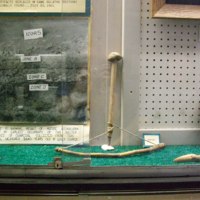 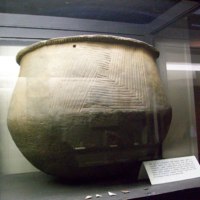 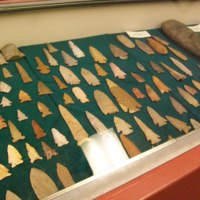 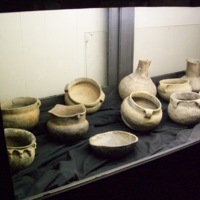