Gravely Springs near Oakland in Lauderdale County was the site of Union General James H. Wilson’s headquarters and camp in the winter of 1865. The final Union raid into Alabama was staged in this camp in the early spring of 1865. In January of 1865, General Wilson began assembling his 22,000 man cavalry. Advanced forces began preparatory raids at the end of February. On March 22, 1865, General Wilson’s main forces set out on the largest cavalry raid of the Civil War. The raid destroyed the remaining productive industrial capacity of Alabama at Birmingham and Selma. The raid also burned the University of Alabama and captured Montgomery. 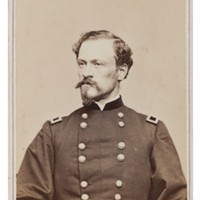 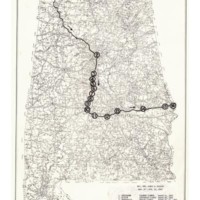 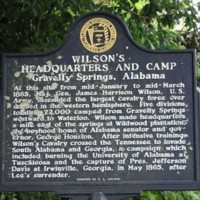