Lamb’s Ferry was one of the oldest ferries crossing the Tennessee River in Lauderdale County. The ferry was built by John Lamb from Giles County Tennessee in 1809 four miles south of where the town of Rogersville is now located. The traffic involved in cross river trade on the road to Lamb’s Ferry was instrumental in the founding of Rogersville in 1827.
The Ferry was the site of a skirmish between Union and Confederate forces on May 10 and 14 1862. On May 9 1862, the brigade of Confederate Colonel John Adams crossed the Tennessee River at Lamb’s Ferry to harass the Union forces. On May 11, Colonel Adams took a force of 850 men on an attempted raid of wagon trains traveling the road from Pulaski to Elkton in Tennessee.
Meanwhile, Union forces under Colonel Lytle crossed Elk River from Athens and met with forces under the command of General Negley, moving down form Pulaski. The two forces converged on Rogersville with Colonel Lytle moving on Lamb’s Ferry south of the town. The main body of Confederate forces retreated across the river. Colonel Lytle’s cavalry opened fire on a ferry load of Confederates, killing several men and horses. Confederate forces on the opposite bank returned fire, wounding one man and killing 2 horses. The Confederate forces were driven off the opposite bank by the arrival of artillery under the command of Lieutenant Sypher. One ferryboat was destroyed by artillery, one was burned by Union forces and the third was commandeered and turned into a gunboat for the Union. 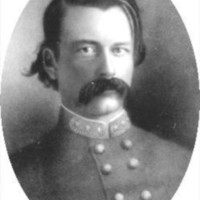 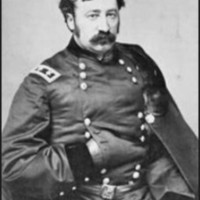