The Muscle Shoals is a section of the Tennessee River in North Alabama. This is the shoals that gives the surrounding area its name. The section on the river totals 37 miles in length. This was once an impassable barrier along the river. It made navigation extremely difficult for people. The Shoals was named after either the mussels found along the banks or the muscles needed to canoe across the river there. Both are disputed explanations for the naming of the shoals. Along this stretch the river had shoals, reefs, gravel, sand bars, swift currents, and uncertain depths. Until the canal was built in the early 1800s the area could only be navigated by small man-propelled crafts, such as canoes and rafts.

The increasing problem of navigation through the area eventually gained the notice of Congress and they provided land for sale to generate funds to build a canal. This original canal was little help and was never intended to be used as a high traffic waterway. Coal barges could barely, if at all, fit down the canal. It was also a very slow option to naviagte along the river, as it could take up to 11 hours to fully travel down the river. 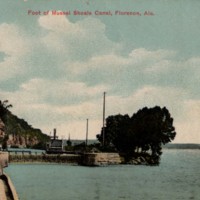 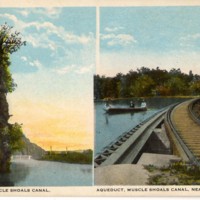 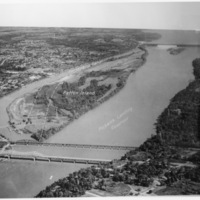