The Civilian Conservation Corps was a public works relief program set up as a part of the New Deal Program. The last Company of men sent to the Muscle Shoals area in 1936 was the 4499 company. These men originally worked under the United States Forest Service. The men were used to maintain the park created on the TVA property and to help with improving the landscape of the area.

Before the TVA was created, there was a problem of erosion of farmable lands in the Tennessee Valley. Many of the problems came from a lack of proper nutrients in the soil, from over farming. By employing men to work solely on improving the lands people could start to farm again. One noticeable impact to the land by this company of men was the introduction of the plant kudzu. This plant is now found all across the state of Alabama and has greatly lessened the impact of erosion on the land. 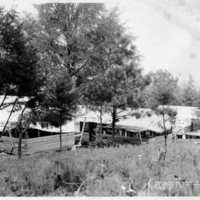 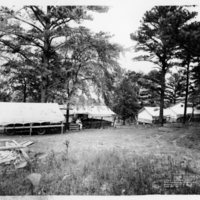