The Harris-Pryor House was built around 1858 by Schulyer Harris on land that had been owned by Henry Augustine Washington (who had been related to the President).

Harris gave the house to his daughter, Ida Marie, and her husband, William Richard Pryor (who was the son of Senator Luke Pryor and Isabella Virginia {Harris} Pryor).

Through the purchase of land, marriages, and inheritances, the plantation that was known as "Flower Hill Farm" grew to over 3,000 acres. After the abolition of slavery, over sixty tenant farmers lived on the land.

The historic farm and land, which is not open to the public, is owned and held in private trust. 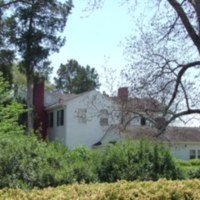