Locust Hill, a historic home located in Tuscumbia, Alabama on the corner of Seventh and Cave streets, was built in 1823 by Col. William Winters. The large 14 room mansion stretches across nearly three-fourths of a city block and features striking architecture that gives it a distinct look. Its deep set windows and one of a kind woodworking designed and made by a local wood worker named Braden, make Locust Hill a house like no other. The 13-inch thick, white, hand-crafted bricks, were created on site. In fact, it is believed to be the oldest surviving brick home in the State of Alabama. The two story home is surrounded by trees and plants of various species, the most notable being the Locust trees from which Locust Hill derives its name.

During the Civil War, the home was occupied by a dentist named Dr. Chisholm. As war times continued, the home experienced its fair share of wear and tear. It was used as headquarters for the commander of the federal forces, Colonel Florence N. Cornyn, in 1863, as well as a hospital for Confederate troops. The home was destroyed, trashed from the inside out. Blood stained the floors, the insides were washed white, and the landscape was left desolate.

In December of 1865, Captain John Taylor Rather and his family of ten, his son and daughter-in-law as well as their 6 children, later to be seven, purchased the property. After having his home, located in Decatur Alabama, burned by federal troops, Rather used what money he had left, both that which he had buried as well as that which he had snuck in stockings tied inside the hoop skirts of his daughter-in-law and her maid, to purchase the property. The total was $3000 in gold. Rather’s wife’s first purchase for the new home was thick red curtains. Being that there was a price on Rather’s head, the family thought it best to keep the curtains drawn to prevent anyone who sought to harm Rather from being able to get a clear shot. The tradition of drawing the curtains is a practice that lasted at Locust Hill for generations to come.

Rather’s son General John D. Rather and his wife Letitia Pearsall worked towards fixing the landscape of the home, planting the beautiful trees and plants that gave Locust Hill its iconic look. The name “Locust Hill” comes from the stunning Locust trees on the property. Rather and his wife had seven children: Hal, Anne, Courtenay, Pearsall, John D. Jr., Mary Wallace, and Ella. The latter, Ella, married James T. Kirk, and their daughter Mary Wallace Kirk would later become the last of their family to have possession of the home. Mary Wallace Kirk was the fourth generation of her family to live at Locust Hill.

Mary Wallace Kirk, lovingly known as “Miss May Wallace”, was born in the only other home located on the same block as Locust hill. It was a colonial style cottage that featured a beautiful garden with paths lined with flowers. Her family occupied this home during the first few years of their marriage. At age four, Kirk’s grandparents passed and the possession of Locust Hill fell to the Kirk family. Following the death of her parents, the property then fell into the hands of Kirk herself. Kirk fondly recalls her time spent in Locust Hill in her book, Locust Hill, published by the University of Alabama press in 1975. In her memoir, Kirk discusses many aspects of Locust Hill including not only the history of the home itself, but her own family history as well. The book also includes many of Kirk’s happiest childhood memories of the home.

Today, the home is owned by Eli Harper and Laura Gayle Smith who purchased the home with intent to “put it back on the map”. Through continuation of the renovations that began with the previous owner, Harper and Smith have given the home new life. Now, the home is open to the public as a venue for various activities including weddings. 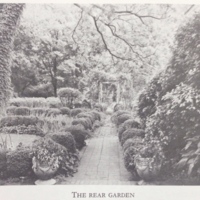 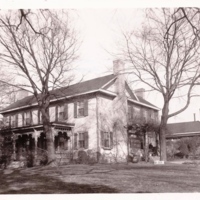 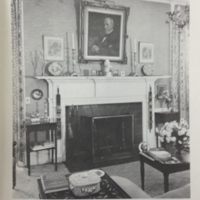 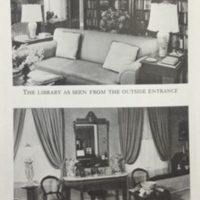 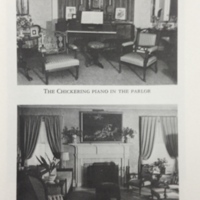 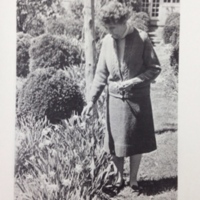